You are here: Home

The Filipino Martial Arts have been, as every other traditional martial art, formed by the cultural and historical development of their country of origin. 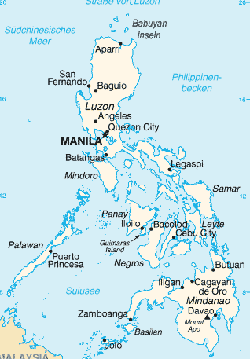 For a long time, the Philippines had, unlike for example Japan, no government which regulated or restricted the use of weapons to certain events or social classes.

The Philippine people who lived on islands mostly from fishing, were frequently raided by pirates or neighboring tribes/islands. Through the necessity to defend themselves against these attacks a pragmatic fighting style evolved during time, which made use of all available weapons (machetes, swords, daggers) as well objects (sticks, pans, kitchen-knifes, ropes, shoes).

Of course this included methods for empty-handed self-defense, but in the Filipino Martial Arts these techniques are traditionally taught after the use of weapons (it is easier to defend against armed pirates when you use every possible item to help you). That does not mean that these techniques are inferior when compared to the weapon-based ones, on the contrary often the same principles and techniques which are used in armed-combat are applied with equal easy empty-handed

During the centuries the Philippines were "visited" more or less friendly by different cultures. Chinese culture left its mark (on social life and religion as well as on the martial arts) as did the Indonesian, Japanese, Arabic and Indian one before Spain colonized the islands in the 16th century.

Under Spanish rule, large parts of Filipino culture were forbidden. This included the use of fighting arts (the Spanish people had made contact with Filipino fighters early on, Magellan was killed 1521 on Mactan and the southern regions of the Philippines never stopped to struggle against the Spaniards).

The Filipinos were forced to maintain their culture in secrecy. Fighting moves were included in cultural dances, the alphabet was stitched into robes and dresses.

In the end of the 19th century the Katipunan initiated a revolt against the Spaniards, which in 1898 basically went over into the Spanish-American war in which end the Philippines were transferred from Spanish to American ownership.

However, a major part of the country was under Filipino control at that point of time, so on the 12th of July 1898, the Philippine declaration of independence was signed, an act which was acknowledged neither by the old nor the new colonial ruler and not even noticed by the rest of the world.

The USA did not recognize the young Philippine republic and fought against it in the Philippine-American war which dated from 1899 until 1902. But unlike the Spanish, the Americans did not suppress the Philippine culture as severely. In the first decades of the 20th century the first official fighting- and fencing-clubs were founded on the Philippines and Filipino Martial Arts were taught openly again.

In 1942 the Philippines were occupied by Japan. Many Filipinos fought along the American troops in the second World War against the Japanese.

After the second World War the Philippines were declared independent in 1946.

At first the Filipino Martial Arts continued to develop only in their country of origin, it was not before emigrants hat "exported" their way of fighting to Hawaii and California that the rest of the world started to notice the Philippine Martial arts and quickly acknowledged them for their effective techniques and expert handling of weapons of all kind.

Since the seventies of the 20th century the Filipino Martial Arts have spread over the globe. Today schools which teach Arnis can be found almost everywhere. 1989 the World Eskrima Arnis Federation (WEKAF) was founded in order to transform the "Death Matches" of earlier times into competitive sporting events with a fixed set of rules.